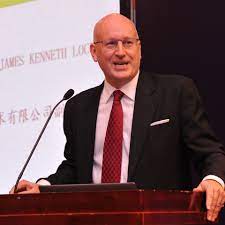 James Lockett is an international lawyer and has practiced international law for over 35 years. His career includes 14 years in Brussels, 7 years in Washington DC, and 13 years in Asia. His roles include service as a U.S. Government senior lawyer, a partner in several major international law firms, and an executive role for a major multinational company.  James is currently leading his own U.S.-based business, trade and investment legal and consulting business.

James was educated in both England and the United States.  He has been a frequent conference speaker at legal and professional conferences, having presented at over 200 conferences in more than 35 countries since 1985. He has been a visiting university lecturer in law or business faculties on various aspects of international trade, customs and investment law in the U.S., Europe and Asia. He was appointed by the World Economic Forum to the Global Advisory Council on Trade and FDI, 2014-2016, and to the Global Future Council on International Trade and Investment, 2016-2018. He has also spoken at numerous Christian business conferences around the globe.

James was a founder of the International Christian Chamber of Commerce, initially requested by Gunnar Olson in 1984 to be its lawyer, establishing it as an international non-profit association. Gunnar then asked James to be one of the six founding members when it launched in July 1985, and its secretary. James served on the International Board as Secretary and later as VP from 1985 to 2000. He established the ICCC international office in Sweden and served there from 1996 to 1998. He continues to serve ICCC and its members as a regular speaker.